Why is WhatsApp growing so fast? 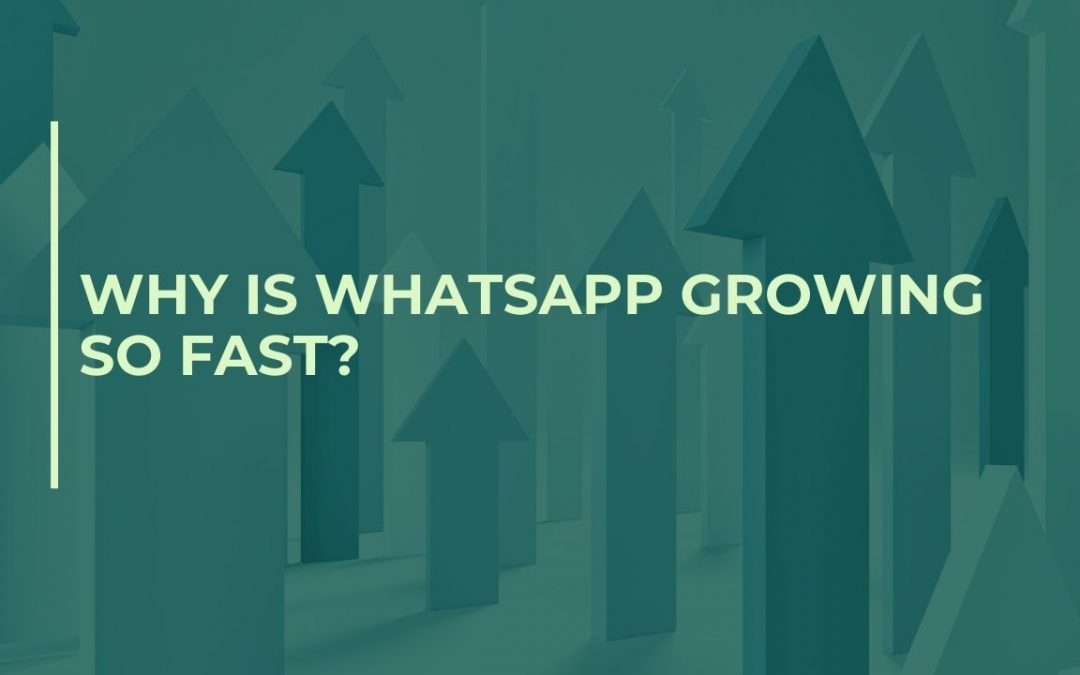 Facebook has earned over $60 billion by 2019. WhatsApp is the fastest growing platform.

So, let’s see this topic about how WhatsApp is the fastest growing platform. WhatsApp is experiencing unprecedented growth. There is nothing similar in the history of mobile telephony. There are companies whose cases have been impressive but not like WhatsApp. What’s even more amazing is that it’s already a very popular application and is still growing dramatically. With over a billion users, it has gained 760 million more in less than a year.

It’s the fastest growing platform on Facebook. But it is also the one that generates the most expectations in terms of business possibilities. This is because today it is almost not monetised. So, WhatsApp is like a virgin sector for Facebook. You could start by selling inventory directly or by doing audience network integrations there. This would allow you to earn billions of dollars in revenue each quarter.

The average revenue per Facebook user has been over $7 according to the company’s data. It is estimated that WhatsApp could add between 5 and 10 billion dollars to Facebook’s coffers. But this study was done before WhatsApp added one billion more users.

In addition, we have to take into account that these estimates could be multiplied if we consider that there is more potential.

For example, the potential for WhatsApp to manage massive amounts of commerce and communications. A large portion of this huge increase in WhatsApp has been driven by India. That’s where a great impact is seen. Not only it has taken India, but also the rest of the world.

The Indian “monopoly” factor has driven much of WhatsApp’s growth, says entrepreneur Subhodip Dutta. It’s the “epicenter” of marketing, spam, political campaigns, he adds… as well as being the main place people use to communicate. One of the main reasons for this growth is that the application has no ads and consumes little bandwidth. The quality of the calls is good.

WhatsApp is the fastest growing platform. Why is that?

It is also becoming increasingly popular as a means of payment

Only Messenger is a messaging system that has more users than WhatsApp. But it is known that everything is within Facebook and that apps can be complementary. Facebook has a great advantage to continue growing and WhatsApp will continue to be a great tool. With WOZTELL, you have the possibility to integrate this function into your CRM for communications with your customers, leads, and indeed, your company.

In a nutshell, the reason why WhatsApp has grown so much in such a short time is due to several things. On the one hand, the exponential growth of smartphones. The adaptation of WhatsApp to multiple types of phones. The ease of use, low bandwidth consumption, no ads and the great alliance that has been made with Facebook.

See the post about everything you can do with WOZTELL in your company here: Advantages of using WhatsApp with WOZTELL. If you need more information about the services WOZTELL has for your business contact us and we will be happy to advise you.