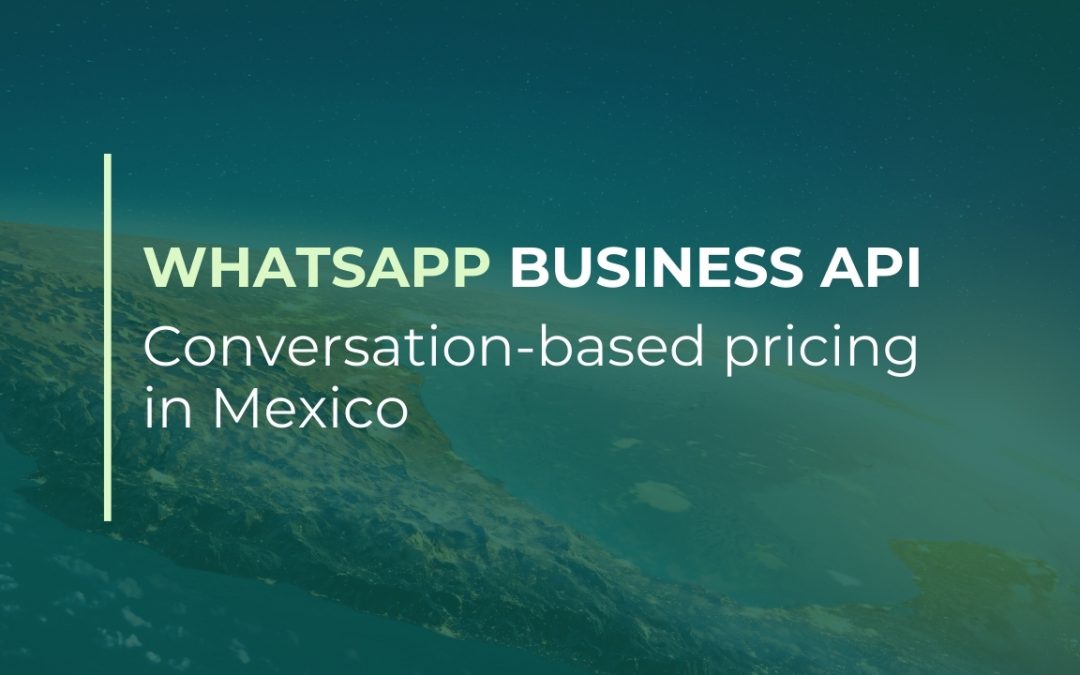 WhatsApp has recently announced that it will test a new pricing system for its WhatsApp Business API (WABA) in Mexico starting on the 1st of February 2021. In this post, we’ll clarify how the test works and who will be affected.

How does the current pricing system work?

The session window closes 24 hours after the last message sent by the user.

Template messages are highly structured messages that are submitted for approval to WhatsApp; once approved they may be used multiple times. The cost of these messages is based on the country of the receiver.

Who will be affected by the pricing system change?

The new WhatsApp pricing system will affect only conversations with users who have Mexican numbers, regardless of the company WABA location.

What changes during the test?

The test changes the message concept from session and template message to the concept of conversation.

A conversation is a 24-hour window that starts when the company sends a message to the user, and each 24-hour conversation session will have a fixed cost per conversation, regardless of the number of messages exchanged by the company and the user during this period.

Another relevant difference is that conversation sessions will no longer extend whenever a customer responds to a message. They will be fixed for 24-hour periods. If a conversation continues after the initial 24 hours, a new one will automatically start and the business will be charged for it.

What is the pricing in this new system?

The cost per conversation is 0.014 USD with the respective currency equivalency as you can see in the official WhatsApp documentation.

To make things easier for the companies using WABA, WhatsApp has also announced that businesses will have 1500 free conversions (with Mexican contacts) per month.

That means that the company is only charged per conversation after reaching 1500 conversations in a month. Check the example below to visualize how the new Mexican pricing system works.

Grow your business with instant messaging!