Top 10 WhatsApp Markets you should know 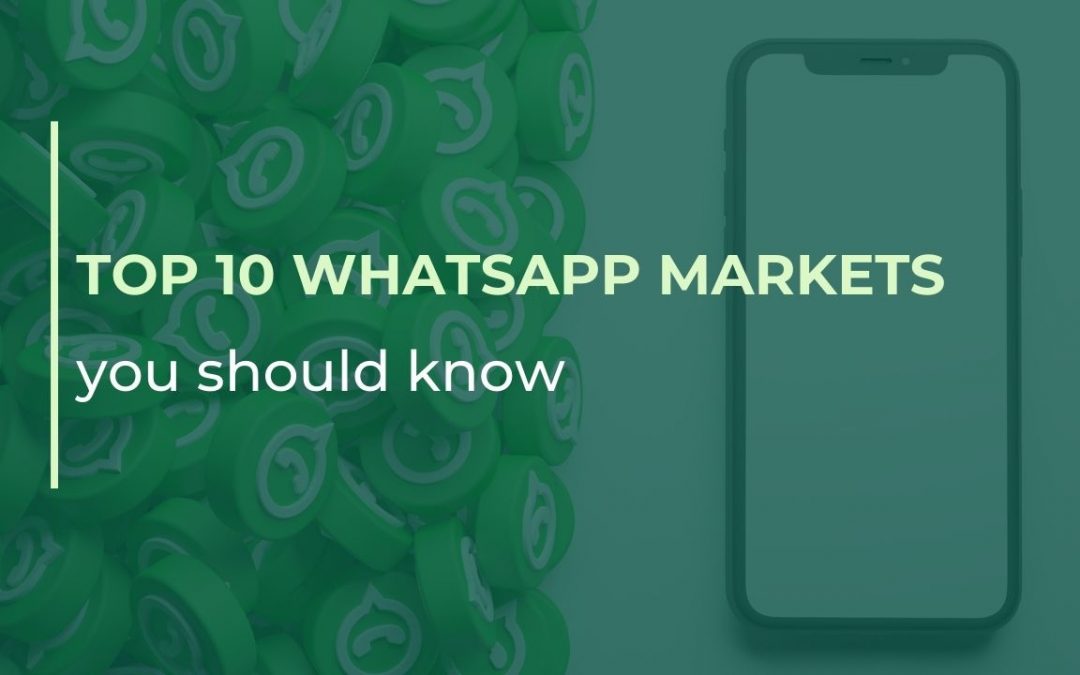 WhatsApp last released official numbers in 2017, and this makes it somewhat of an odyssey to provide accurate, up-to-date information; that being said, there are multiple market research sites from where we can compile information that can bring us closer to understand what is happening in WhatsApp‘s market today.

In our previous article, 20 Other WhatsApp Markets you should consider, we talked about WhatsApp’s growing popularity, and we learned about the high market penetration when comparing country population to the number of WhatsApp users.

In this article, we will take a look at what many consider to be the Top 10 WhatsApp markets, based on the total amount of WhatsApp users.

*WhatsApp user numbers are an approximation, based on information averages from 2018 through 2020*

Looking at these numbers there are a few things that stand out: these 10 countries account for roughly half of the 2 billion global WhatsApp users, and the percentage of the population that uses WhatsApp in almost half of them is lower than 50%. However, how important is the market penetration rate in countries with such a large population?

Among the remaining markets in the top 10, WhatsApp is considered the leading messaging app for most of them, with the exception of the USA where facebook messenger still reigns supreme.

Want to know more about how you can implement WhatsApp to grow your business? WhatsApp us NOW and find out how to become our business partner. Click here now.