Partner Talks is a Woztell initiative where we interview our partners and subject matter experts to get their views on the impact that WhatsApp and conversational commerce is having in their region.

In this episode we interview Jaime Villarreal, CEO of HOLD Marketing on how WhatsApp is used in Mexico and his experience in implementing WhatsApp Business API solutions. 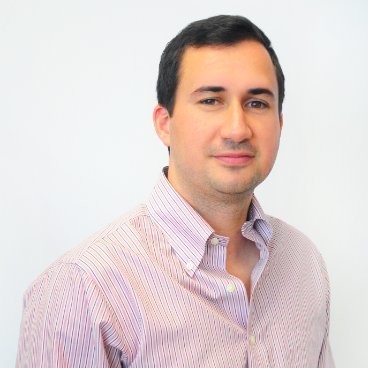 Jaime Villareal is the CEO of HOLD Marketing, a Woztell partner based in Mexico.

Key points of the talk

WhatsApp has become a verb in Mexico

We often hear that a company is the dominant player in a market but we rarely hear that its name has become a verb. It only happens when its product or service becomes so widespread, so integrated in to people’s lives that they stop perceiving it as a product and start considering it as something as normal as breathing or walking.

This transformation into a verb is the ultimate recognition of dominance over any alternative present in the market and it exactly what has happened to WhatsApp in Mexico. The verb Whatsappear has become as normal as saying things like calling or “googling” and is proof of the dominance of the platform in the Mexican market.

Jaime explained that businesses have picked up on this fairly quickly and Hold Marketing has already helped many companies to integrate WhatsApp Business API (also known as WABA) into their communication and CRM systems with Woztell.

To illustrate how WhatsApp is used in Mexico, Jaime provided some examples from the automotive industry, and specifically from the car sales and insurance side of the business.

One of the reasons behind WhatsApp’s success is the fact that it allows people to communicate asynchronously or, in other words, without the need to be both engaged in the conversation at the same time.

This is especially important for sales teams that deal with long sales cycles. Jaime explained that in Mexican car dealerships the average time between first contact and purchase is 30 days. In this time the company needs to remain in constant contact with the potential customer to prevent de lead from “cooling down” and being lost.

Before WhatsApp made reliable asynchronous communication possible, sales teams were forced to rely on a combination of persistent calls and luck to avoid losing the lead. All they could do was call the customer and hope they were able to answer the phone and willing to listen.

With Whatsapp they can send messages at any time and have the potential customer reply in their own time and provide 24/7 service thanks to automation.

WABA automation is key to productivity

On the topic of CRM integration, Jaime stressed the importance of automation for a company’s productivity. In his view, integrating WhatsApp with a company’s CRM can deliver great benefits but these pale in comparison with what can be obtained by adding a layer of automation.

Continuing with our examples a car dealer can use automation, in the form of a chatbot to provide 24/7 support without the need, an the expense, of a 24/7 workforce. In this scenario a chatbot can, for example, provide information on available cars and book appointments for test drives.

In another example Jaime explained how they helped a car-insurance company to create a chatbot that provided initial response in case of accident and assessed the seriousness of the situation. Using the assessment it then decided if the situation was serious enough to require human intervention, like in the case of a serious car crash, or it could be handled in an automated way, like in the case of a fender bender.

An interesting side effect of using WhatsApp as a communication channel and connecting it to a CRM via WhatsApp Business API is that it allows the company to acquire a lot of information on how its customers communicate.

This information is easy to access and analyze because the complete conversations are stored in the CRM in text form, something that could never happen with phone calls and manual data entry.

Once stored this data can be used to improve the way the company communicates and markets its products by, for example, looking at what questions are asked most frequently and what words customers use to describe the product.

Jaime gave the example of a company that decided to include the price of its products on the page after seeing that customers were asking for it. He also mentioned that this information can be used to create a constant improvement system for the chatbot, where data on how customers communicate can be used to improve the way the chatbot “speaks” to them.

Connectivity is a matter of survival

Towards the end of the interview Jaime mentioned a crucial point that served as a good conclusion for our conversation:

“What can’t be connected will die”

He explained that connecting a business to mainstream communication channels like WhatsApp and integrating it with in-house system is key to survival in many industries. Unfortunately, some companies struggle to take advantage of the opportunity because their internal systems are either outdated or are closed systems that were never designed to integrate with other tools.

He invited business leaders to keep connectivity and flexibility in mind when considering any IT-related solution and to look for professionals that can guide them in their choices.