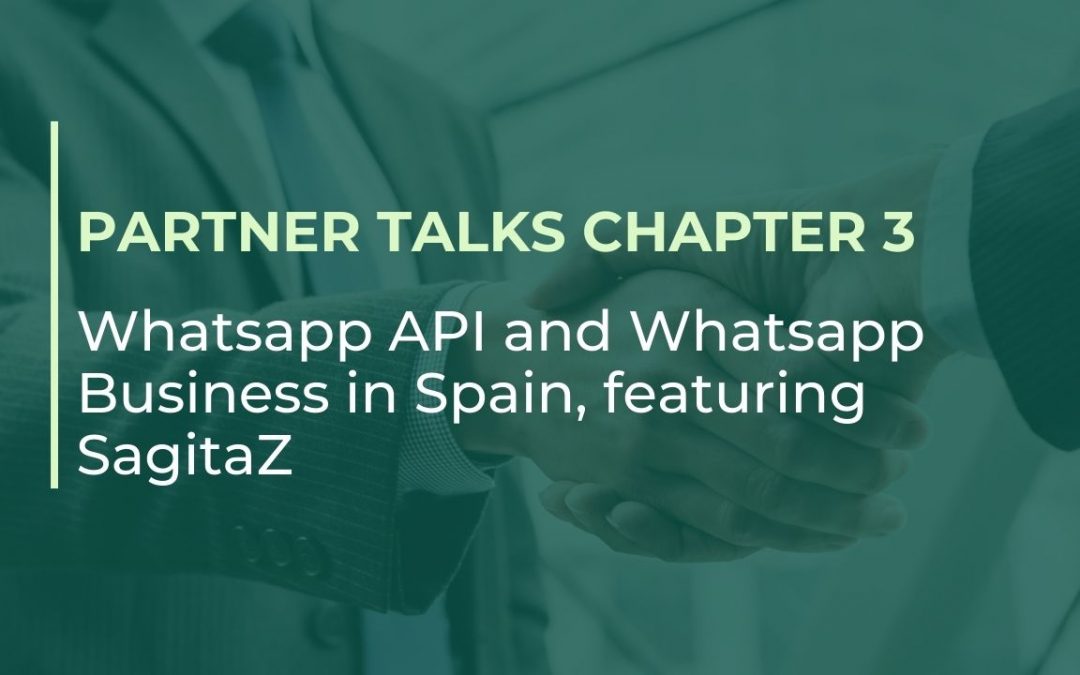 A few weeks ago we launched Partner Talks, an initiative where we interview our partners and explore how WhatsApp and the WhatsApp API are used in different countries and industries.

In this episode, we interviewed Jacob Ruiz, General Manager of Sagitaz, a Woztell partner based in Spain, and asked him about how Whatsapp is being used in the country and how businesses are adapting to conversational commerce. 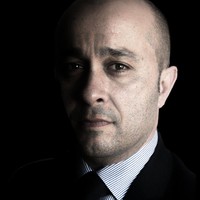 Jacob Ruiz is the General Manager of Sagitaz, a Woztell partner based in Spain.

Key points of the talk

Whatsapp is the default communication channel in Spain

Spain is one of those countries where WhatsApp is everywhere and, according to Jacob, it has become the default communication channel for most people. He noted that in his daily basis he can’t think of anyone who doesn’t use it and said that:

“WhatsApp has managed to become part of our lives and has became something so normal that we don’t say ‘call me’ or ‘send me an email we just say, send me a WhatsApp”

E-mail, on the other hand, appears to be a dead or deprecated tool both in personal and professional life.

Here is comments echoed those of Danilo, our Brazilian partner from episode 2, as he pointed out that most people don’t pay much attention to emails and find WhatsApp to be less intrusive and more efficient tool when compared to phone calls.

He also pointed out that the only people that use emails are business people and even there the usage is decreasing in favour of the speed and efficiency provided by WhatsApp.

On this topic, Jacob also had some interesting things to say about apps that we’ll get to later in the article, but first, let’s have a look at how businesses themselves are using WhatsApp.

Unsurprisingly the widespread usage of WhatsApp in the country is affecting businesses.

Jacob explained that in some B2C businesses having WhatsApp as a communication channel can be a significant competitive advantage, especially if the company adopts WhatsApp Business API (WABA) based solutions that support automation like Woztell.

These solutions can effectively connect the company’s CRM and ERP systems to WhatsApp and, with the help of chatbots or another form of automation significantly reduce the need for staff.

Jacob points out that this can be a significant advantage, especially in difficult times like the ones we are living in now where customer inquiries and customer service issues can cause leads to be lost in the crowd, (more on this later).

On the B2B side talking to Jacob it was clear that the initiators of WhatsApp usage are often employees themselves, who start using personal WhatsApps much, in the same way, the previously used phone calls.

The challenge here is the same that was described in our interview with Kevin where we saw employees mostly using their personal WhatsApp instead of WhatsApp Business API-based solutions, causing businesses to lose both data and efficiency.

where we saw employees mostly using their personal WhatsApp instead of WhatsApp Business API-based solutions, causing businesses to lose both data and efficiency.

He cited, amongst other things the possibility to create automation, moving conversations between team members and having a complete, and searchable history of the conversation.

Apps are no longer seen as a solution.

WhatsApp, as we have seen before has extremely high open rates, usually in the 90% range that dwarf those of email and go together with similarly high response rates.

Some critics have sometimes pointed out that WhatsApp does have some limitations when it comes to what can be sent but as Jacob explains these limitations exist to avoid spam and prevent WhatsApp from going the way of an email.

Moreover, these limitations do not seem to be affecting results. As Jacob put it:

Another interesting point that was raised in the interview is the use of apps.

Until recently the idea of having an app for your business was all the rage in Spain but, outside of a few specialized applications, they turned out to be a bad idea.

For starters, the app has significant development costs, and once a company has developed the app it needs to spend more money to convince users to install it. Then it has to keep users interested in the app, make sure they keep using it, update it to make it work with newer devices and so on…

As Jacob noted, it is an intriguing idea on paper that could give companies a direct and free line to the customers but in reality dedicated apps are a costly and unsustainable option.

WhatsApp is simply a superior solution because it is already installed on practically any phone in the country and, if paired with WABA-based solutions, can be automated and do most things a custom company app could do.   ( see uses cases )

Towards the end of the interview, Jacob pointed out an interesting case from one of its clients that were refreshingly different from all the stories of crisis and economic difficulties that are usually associated with Covid.  It was a case that came from the cycling industry, that in Spain has experienced an incredible surge in demand.

The company in question was suddenly hit by both an increase in demand and problems in its supply chain.

As a result, the company was swamped and risked losing good leads in the noise, at the same time it could not afford to hire more staff as this would raise costs.

The issue was solved by taking advantage of the popularity of WhatsApp in Spain.

Sagitaz was able to set up an automated process using WhatsApp Business API with Woztell to handle most of the interactions, significantly reducing the pressure on the company.