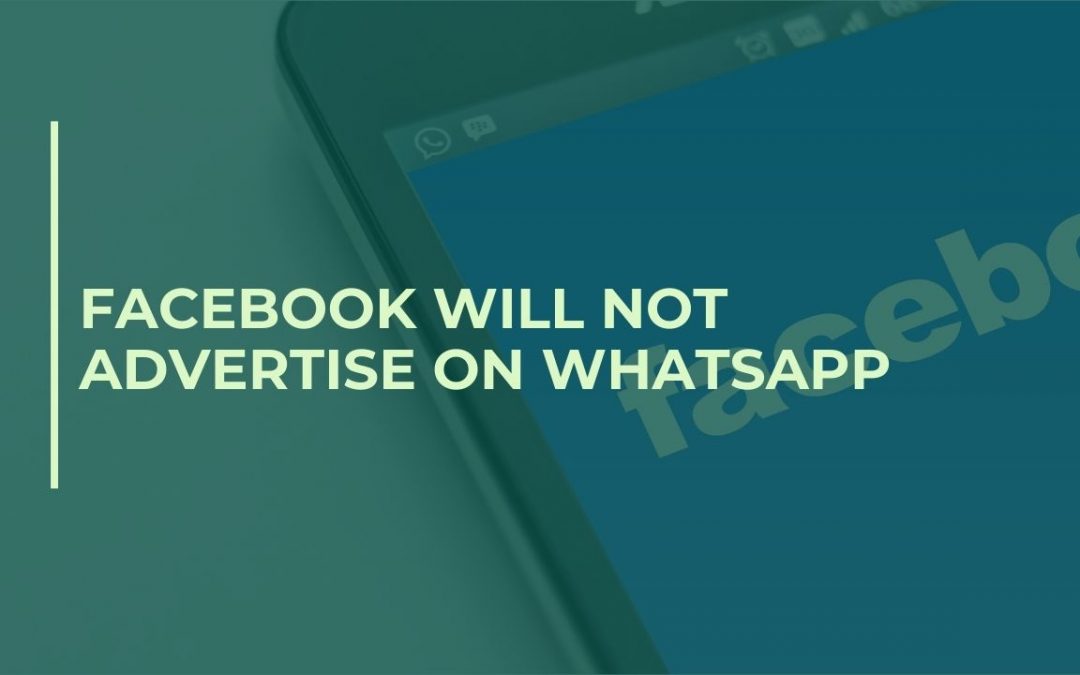 Contrary to popular belief, Facebook has canceled the plan to advertise on WhatsApp

Will Facebook advertise on WhatsApp? It has been a longstanding speculation about the inclusion of advertising on WhatsApp by this new owner, and especially after the acquisition of the instant messaging application by the social networking giant. Therefore, this issue has been talked about for a few years now. But things do not seem to be so easy.

According to the Wall Street Journal, Facebook has canceled the plans of including adds in the App. Until recently, it was thought that advertising would become part of the popular messaging application, but that has not been the case.

While there was any confirmation or denial that Facebook would take these steps with WhatsApp, rumours were spreading. An imminent change of direction was expected but has not been evaluated so far. Those of us outside the company cannot know the truth of these speculations. Many times there are rumours that are left to assess the impact on public opinion.

Evidence pointed out by journalistic researchers about advertise on WhatsApp

New York Times has been handling information related to this issue that points into this direction. For example, they point out that two creators of the application left the firm in 2017 and 2018 because of these intentions to sell advertising space. These are the creators of the application, Brian Acton and Jan Koum. Mark Zuckerberg’s Facebook acquired WhatsApp in 2014.

WhatsApp was already supposed to have a team working on a research to begin integrating ads into the service. However, it might seem that this team has been shut down in recent months.

Would that be a change of strategy or nothing ever existed in reality?

Perhaps one of the reasons for this change in Facebook’s strategy is that the company has an unfinished business. This means that it is being investigated along with other technology companies, for operations that are contrary to free trade rules. Especially with regard to monopolistic practices. US regulators are targeting companies like Facebook and investigations are underway.

It is undeniable that Facebook currently has a dominant position in the market. Especially after they acquired WhatsApp. The latter was clearly a direct competitor of Messenger.

It should be remembered that Facebook has a third of the world’s population as users of the social network. It is increasingly growing in advertising and other revenues. You don’t need to place advertising on WhatsApp as much. The inclusion of advertising could even damage the image or preference of WhatsApp users.

Today social networks like YouTube are similar in size but their functions are totally different. There are still two giants like Google and Facebook but the second one has reached the first one. However, if we look at the value of Google’s shares, they far outnumber Facebook. While Google’s stock is over 1330 dollars, Facebook’s is just 185 dollars.

But beyond this, the truth is that Facebook has become very valuable with the acquisition of WhatsApp.

Surely you are looking at the best way to take advantage of this situation. Now, it doesn’t look like they’ll be playing around with the change to put ads on WhatsApp.

If one assumes one could say that from the user side, it is not a nice thing to have advertising on WhatsApp. But, maybe if you use premium features that allow commercial uses, for example, you could give the option to finance by ads. That is if I want to continue using WhatsApp I can usually continue without ads but if I want to access commercial features I could accept ads or pay for that with the purpose of using them. This could be a possibility of what the future of WhatsApp and advertising or payment may hold.

At the moment through WOZTELL, you have a fantastic possibility to use WhatsApp in your CRM. This way, companies can take advantage of this very useful tool to develop their commercial actions. Many companies have already taken the step and have a great benefit with the use of WhatsApp in their CRM thanks to WOZTELL.

Contact us to learn more about how WOZTELL can benefit your company.