Examples of some brands that have used WhatsApp 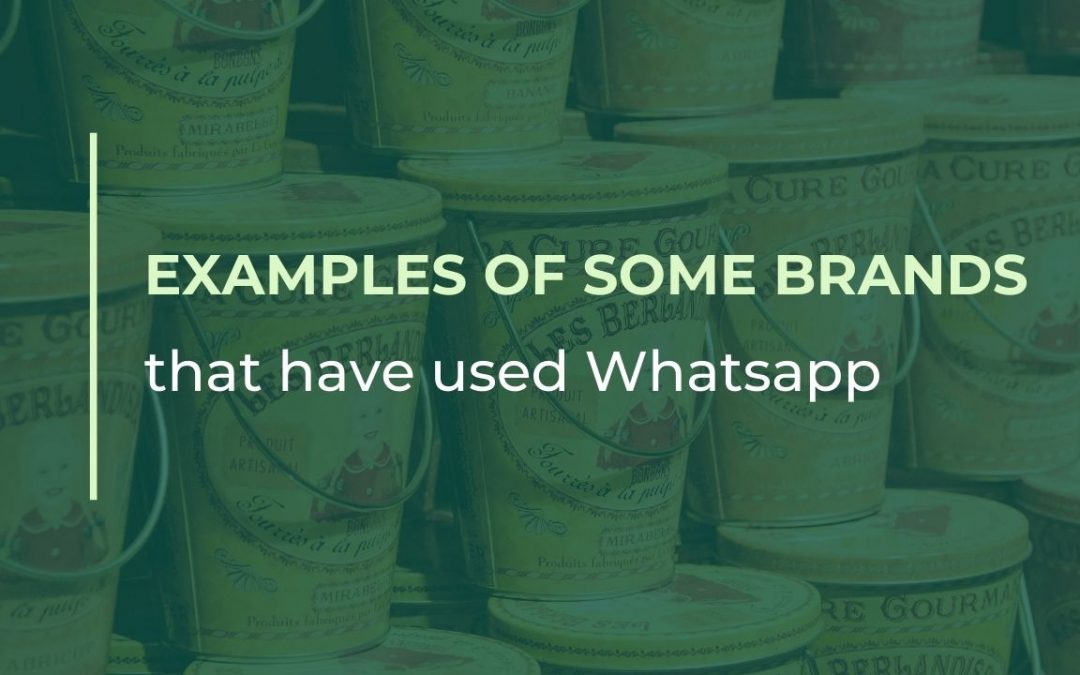 Let’s take a look at examples of how to use WhatsApp Business in your business that will help you to get the courage to use it. By using WOZTELL, you can have everything you need to manage successful marketing and sales campaigns. WhatsApp has over 1.3 billion users and high open rates, so you need to know how to use it to take advantage of these benefits.

WhatsApp is the social network where users spent most of the time. It is said, that there is an average of more than several hours per week and already in 2016, it was 94% of mobile usage among users between the ages of 16 and 65. Not knowing how to take advantage of such an incredible social network, many marketing administration have not employed it. Big brands have been doing it successfully for some time. If you read these examples of WhatsApp campaigns below, you will see how to do it in your business.

This company managed to mark a before and after. It was in 2013 when the company launched a limited edition of its product called “Absolut Vodka”. They organized an exclusive celebration event with VIP guests. But they left 2 tickets for a contest on WhatsApp for those who wanted to attend this exclusive event.

These invitations were obtained as follows: they created a virtual doorman called Sven who was to be contacted by those interested. By sending messages from WhatsApp, they had to say by that means, the reasons why they had to be the ones chosen to attend the event. The important thing just to convince the doorman was to be as creative as possible in the messages.

The campaign was a success as users sent audios, videos, photos and text messages which made everything very interactive and fun. With only the support of a Facebook tab, a phone number, and a virtual community manager like Sven they achieved it.

In 2012 Toyota achieved their success with a campaign for WhatsApp where users had to change their status from WhatsApp to “Hybridized”. With this, they were able to participate in weekly drawings for an iPhone 5. They achieved more than 33 thousand visits and more than 6500 users were registered in the first month.

Toyota continued to take advantage of WhatsApp with the campaign called “AYGO”. This was in 2015, and consisted of a contest in which users had to try to seduce a virtual assistant with their best strategies. This was a Valentine’s Day campaign. Here, you could also send messages with videos, audios, images, and so on. Toyota published a page where users were given advice on how to achieve seduction. It also published the best strategies sent by users.

So, this campaign managed to reach the youngest people in Spain. The model had more than 17 thousand suitors, multiple appearances in mass media and 700 messages per hour. To think about about what was achieved by this campaign, here is an example: we have that 9 thousand multimedia files were sent, more than 89 thousand conversations, achieving peaks of 300 simultaneous conversations.

Chefs sent their tutorials at the hand of videos, audios, and images, in which they always included Hellmann’s Mayonnaise as an ingredient. They’ve got users to participate by collecting user phone numbers and data on a Whatscook support landing page. With this campaign, they managed to give the brand high visibility.

Campus Pringles campaign by WhatsApp was another one worth mentioning. It was in 2013 that Mr. Pringles launched the “Campus Pringles” contest. Users had to send creative messages using emojis provided by the application. Every time he received messages, the challenge come out as “overcome” in the profile of each user who competed. They had to overcome 5 challenges to graduate. They had to get a certain number of users to scan a QR code. After that, Mr. Pringles would give them clues by phone.

Along these lines, he managed to get more than 300 thousand fans and reached a target audience that he had planned to be the university student. The reward was that these brand ambassadors worked for a year with a monthly salary of one thousand euros.

Heineken was another brand that used this way to make a campaign in the Champions League final. Their goal was to involve more people in their “Road to the Final” action. They created a game in which users sent a message with the word Champions and from that moment on they participated in the game. The game consisted of trivial questions for the football category. The winner would win a trip. This strategy was very successful in terms of visibility.

In a nutshell, there are already several brands that have used it successfully. With WOZTELL you can do all this from your CRM much more effectively. See all you can do with this tool here. What are you waiting for? Start using WOZTELL today and develop your marketing campaigns by WhatsApp. Contact us today.