20 other WhatsApp markets you should consider 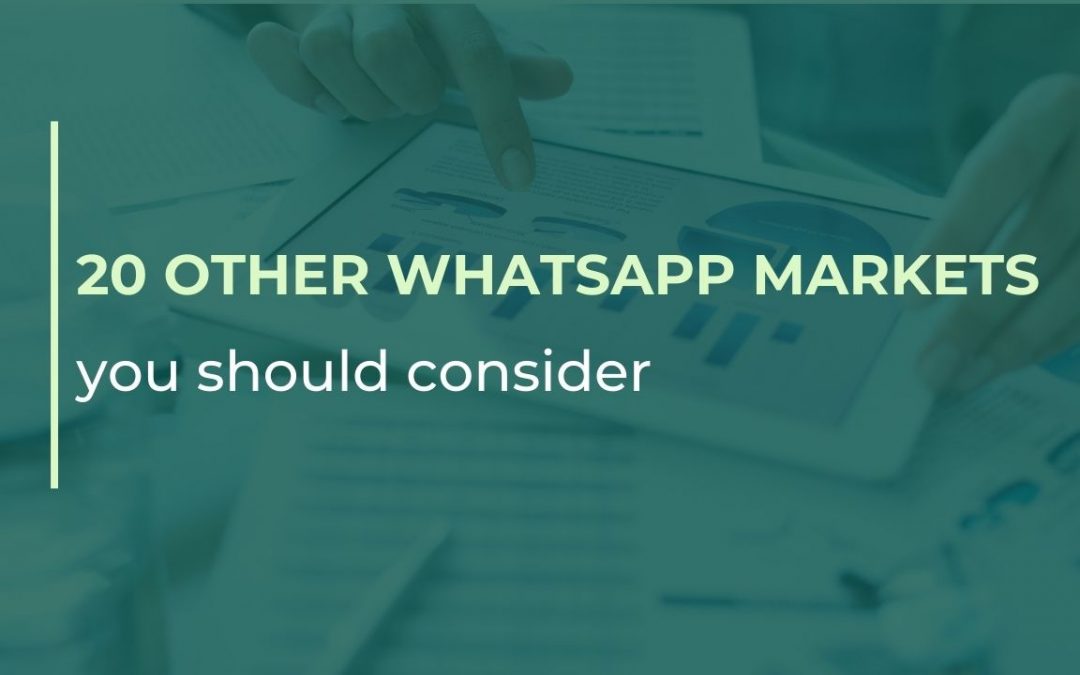 Although the focus tends to be on the top 10 countries by # of WhatsApp users, (India, followed by Brazil, USA, Indonesia, Mexico, Russia, Germany, Italy, Spain, and the United Kingdom), adding up the approximate numbers for these countries, the total barely reaches 1 billion users. In accordance with this, the following question comes to mind:

Where are the remaining 1 billion users?

Viewing these numbers, you can see that in many of these countries over 80% of their population use WhatsApp.

Why is it so popular?
WhatsApp’s success is based on multiple factors. Among others, the simplicity of the product, absence of ads, the creation of easy-to-use features, and their initial ability to go Multiplatform quickly. Do you want to sell WhatsApp to your customers? Just WhatsApp us NOW and find out how to become our business partner. click here.