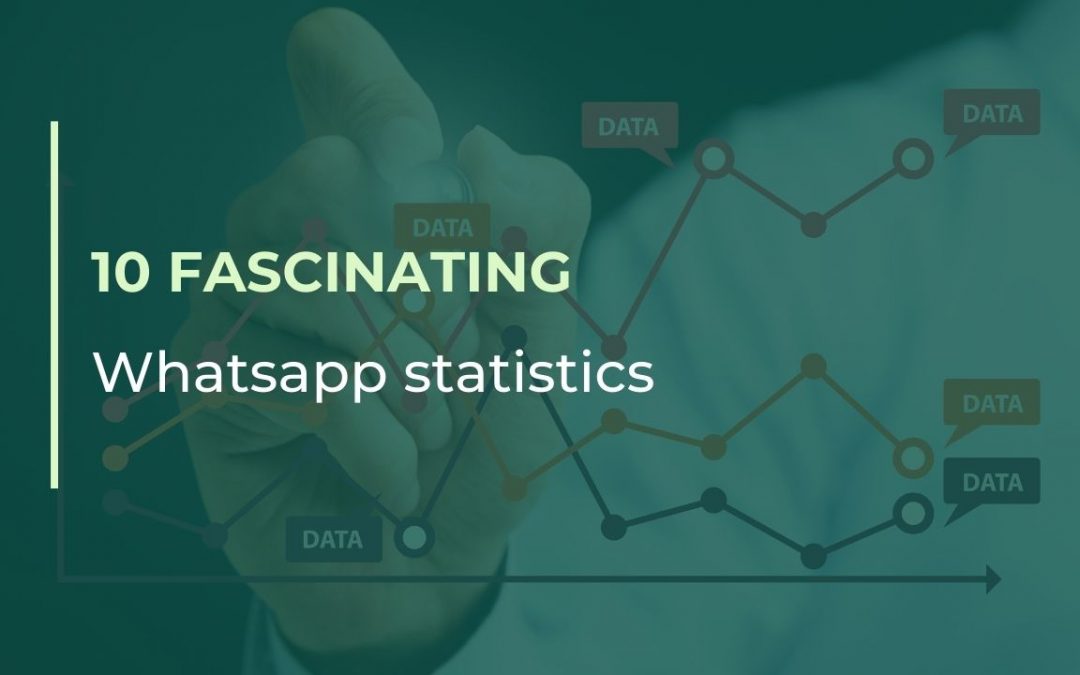 In order to see WhatsApp statistics, we have to examine the unlimited potential of this great tool. To the already millions of users that use it, we can consider that many more will be added. This is why it is so important to have software tools like WOZTELL. To handle professionally for a modern company WhatsApp integrated into a CRM. In this post, we are going to share global statistics that tell us about the number of people in the world that use the internet via smartphones and how they do it.

The statistics have been made by We Are Social and by Hootsuite. It has been called “Digital 2020. Global Digital Overview. Essential insights into how people around the world use the internet, mobile devices, social media, and e-commerce.”

This research shows that more and more people worldwide are using mobile phones and social media from the web or social networks such as WhatsApp. We have more than 4.5 billion people using the Internet and of those, 3.8 billion are social network users. This means that 60% of the world’s population handles the Internet. More than half of the world’s population will be using social media by the middle of 2020.

Let’s stop for a few seconds at this point to think about what this means. WhatsApp is shaping up to be the most important instant messaging network associated with the world’s leading social network like Facebook. The trend for WhatsApp is to grow more and more and get a big slice of this user pie. It already has over 1.8 billion users. Imagine the expansion possibilities it still has. There is no doubt that tools like WOZTELL that integrate WhatsApp into your business workflows will be increasingly necessary.

From this data, we also have that there is still a lack of inclusive policies for internet access. For instance, women have more difficulties accessing the Internet than men in certain areas of the planet such as South Asia. However, we have more than 300 million new Internet users coming from countries with developing economies. This has happened during the last 12 months.

On the other hand, each user uses the Internet worldwide, on average, 6 hours and 43 minutes per day. The regular Internet user is 40% of his or her working life connected to the Internet. By 2020, the world’s users will be using the internet for 1.25 billion years.

While internet users use a combination of mobile devices and other devices such as computers to connect, already more than half of the use is mobile. Applications are already used 90% of the time by users. Social networks take up half of the connection time when using mobile devices. Users use social networks an average of 2 hours with 24 minutes on any device per day. This is more than a third of the total time used on the Internet by users.

This data is indisputable evidence of the need for any company to manage WhatsApp and leverage these tools for communication with Internet users. As we mentioned in previous posts, WOZTELL helps you incorporate WhatsApp into your CRM and manage everything from there. So, you can develop a quality customer service, improve marketing and sales campaigns along with the logistics and workflows of your organization.

Data is not a joke, it’s more than words. The growth in users amount and the quality of internet use is improving and increasing. Already many companies are taking advantage of what is happening around the world.

To conclude, let’s take a look at some more data from this survey to see how important WhatsApp is.

As you can see, WhatsApp statistics and the data are overwhelming in terms of the unstoppable growth in the use of mobile phones, internet users and social networks. WhatsApp together with WOZTELL can give your business the necessary boost. Contact us now for more information on how to take advantage of all this data and what’s to come.